The coronavirus pandemic and lockdown has accelerated digitisation in the risk management sector, according to Drivetech's Nick Butler and Charlie Norman. Simon Harris reports. 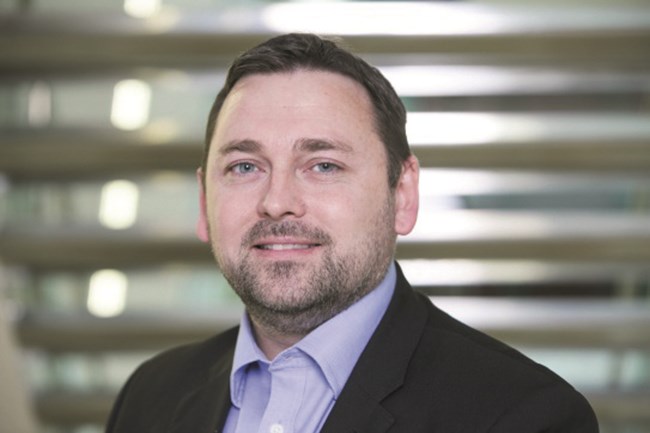 It's almost impossible to talk to anyone in business these days without spending time swapping tales of how the coronavirus lockdown has had an impact. And while many organisations have had to put plans on hold, for others, the situation has been a catalyst to accelerate change.

Charlie Norman, director of risk management company Drivetech, told us in June that changes to its training programme were deployed quickly, while there were also lengthy discussions about equipment to safeguard employees and customers.

"We postponed all of our in-vehicle training, and coming out of this we need to agree what kind of PPE we need to give our trainers and our customers, and everyone seems to have a different opinion," he says.

"We never thought we'd be discussing the calibre or quality of disposable face masks in our jobs!"

Drivetech's parent company, the AA, has also had to work out ways of reducing the risk of catching and spreading Covid-19.

Norman says: "One of the issues the AA has had is that normally the driver or the customer would sit in the cab with the patrol.

"We've stopped doing that, and operationally that's quite difficult. We can't have customers sitting in the car on the back of a flatbed truck, and booking customers into taxis for sometimes quite long journeys isn't ideal either, so we have been looking at installing plastic screens to keep them separate from our patrol employees.

"We've also been looking at whether we can use thermometers to check people's temperature. And it's having a big impact on our driving school. No one was having driving tests or lessons."

Nick Butler, fleet director at Drivetech, says that it has made the company focus more on digital services.

He says: "In a weird sort of way, especially our work for the police speed awareness courses, it has accelerated our move to digitalisation.

"There has always been a bit of a gap between e-learning and on-road training, and corporates are increasingly looking to digital solutions that allow them to give access to risk management solutions to more drivers.

"It offers the ability to have multiple people on the same course at the same time, so there's a cost benefit and an environmental benefit. We've seen our classroom-based courses move online."

The scale of this change has been significant, and forced rapid change in some areas of the business. But Norman says there have also been some surprising advantages, especially in customer satisfaction.

"On the police side of our business, we train 450,000 speeding offenders every year, and that has always been classroom-style learning.

"People are still speeding, and there are offenders in the system. We can't do nothing. So we went from closing down classrooms on one Friday to launching our first online speed awareness training seven days later.

"When we take surveys at the end of the courses, the net promoter scores (NPS) for the online training instead of the classroom training were on average about 10 points higher.

"We've gone from an NPS of around 60 to more than 70. The reasons for that are customers don't have to travel, which is seen as a bonus. When you've been caught speeding, going into a room of other offenders is not very comfortable, even when it's supposed to be educational.

"The intimacy with the trainer of having just eight people on screen, it's been evident in the feedback that people have got more out of the course.

"We still need to assess whether we're still getting the correct behaviour change, and we'll do that with the police over the next few months. But if people are saying they enjoyed the course and felt more engaged, that would suggest behavioural change would be more likely.

"I think that will move across to fleet when we look at our online and e-learning moving into some kind of coaching-based virtual classroom."

One area where Drivetech thinks it can add value to existing areas of fleet business is enhancing the vehicle handover process, especially as an increasing number of employees are receiving their first electrified models as their company cars.

Butler says a typical vehicle handover doesn't necessarily tell a driver how to get the best out of a plug-in vehicle or how to drive them most effectively.

"We carry out a number of courses around eco-driving and part of it is how to effectively drive a hybrid or an EV.

"We took an electric vehicle ourselves on a short-term contract to see what the experience was like. The handover wasn't fantastic, and we've had a vehicle manufacturer approach us to look into providing a course or e-learning where potentially a driver would have that as part of the sales handover.

"In particular, with business drivers, the handover experience generally has never been great.

"I think with new technology, potentially it is dangerous if you don't know how to use it, and with electric vehicles people need to know how to get the best out of them.

"We're actively pursuing possibilities with micro-mobility, including e-scooters and so on."

He suggests city-based people will potentially use an e-scooter without any training, and says it could be lethal. He adds that city-based fleets are already considering e-scooters as an additional means of reducing short journeys in conventional vehicles.

Norman says: "The key with e-scooters is to make sure they're safe and a tool that will substitute a car journey, and not walking or other forms of exercise. E-scooters are a step in the right direction if they substitute car journeys, but the government enabling trials without training is a bit rash.

"People jump on and within seconds they're travelling at 15mph in London, hitting potholes and so on, so there could be injuries. People need training, even if it's just a short e-learning module."

While Drivetech has expanded its digital offerings in recent months, Butler says in some cases in-car training will be most effective. But there is also an appetite for assessing the individual driver's needs and tailoring the method of training accordingly.

"The sheep dip mentality with training doesn't really work," says Butler. "We're moving more towards a more bespoke philosophy of individual drivers getting what they need."

Drivetech offers a fleet risk health check programme called Pulse. It enables fleets to identify and prioritise compliance and duty of care issues across policies, drivers, vehicles and journeys, providing a dashboard with risk ratings, with benchmarking of results and offering recommendations.

It's followed up between six and 12 months later to help highlight improvements.

Butler says: "Most companies want to see return on investment when it comes to risk management, and we're working quite closely with the insurance industry at the moment with Pulse, so there could be an additional way of helping illustrate the cost benefits of training.

"The problem with a lot of organisations is they focus on the cost of training, but don't pay enough attention to the cost of accidents.

"Not the cost figure so much, but the impact on the employee, as well as the downtime of the vehicle.

"A lot of organisations using telematics know the technology will tell you what happened to cause an incident, but won't necessarily tell you why it happened."

Drivetech also warns of some emerging issues that can only be tackled by training. Norman says one of the by-products of furloughed staff and an increase in video meetings would be less reliance on the company car and an increase in grey fleet drivers.

"Grey fleet was growing before the pandemic," he says, "with more people already opting out of company cars. Traditionally, some businesses have felt that by just giving employees cash for car, they don't have a duty of care. But this is starting to turn around.

"Another issue is that accident rates are not decreasing, despite more safety technology fitted to vehicles, and meaning that crashes are just becoming more expensive to repair. Some of that could be a reduction in road policing, but also some of it will be people who don't know how to use the technology."

Much of Drivetech's work in the past with some organisations had solely been checking employee driving licences for compliance, but it has moved away from this type of work to focus more on a broad range of risk management issues with customers.

Butler says: "There are two types of company: those who want to tick the compliance box - which is fine and has its place - but also those businesses who have a full programme of risk management. This is why we decided to move away from those licence check-only customers."

Norman adds: "We terminated contracts with quite a few customers who were licence check-only. We were keen to work with companies on a broader range of compliance."

While many organisations might be put off by the cost of training, Drivetech believes its recent expansion of digital training will make it more accessible and affordable, and move it up the agenda for some businesses where it has lapsed.

Butler says: "Training can be expensive. Having more affordable risk management products that can be delivered digitally and en masse could bring more companies that have drivers back into that risk management fold. We'll have to wait and see what happens, but I remain optimistic about the future of our industry."