Sean Keywood finds out how the multi-award-winning firm is planning to continue its success in 2020. 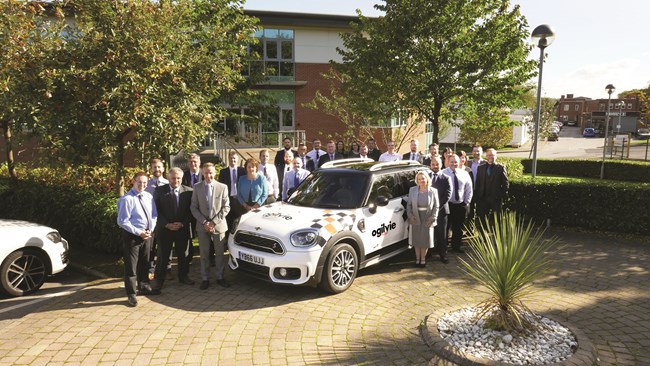 By several measures, Ogilvie Fleet is doing pretty well for itself. There is the size of its fleet, which has increased from around 5,000 vehicles a decade ago to more than 16,000 now on contract hire, plus around 3,000 more for which it provides fleet management services. There's the increase in customers, which last year saw it gain 42 newcomers with an average of 59 vehicles each. And there is its run of success in industry awards, including winning four Business Car Awards over the last three years. So, what is the secret behind the firm's growth? Sales and marketing director Nick Hardy is unambiguous.

"Really hard work," he says. "You don't win new customers by not working hard. It is about putting yourself out there in the market, having a sales team looking for new business, who don't mind the hard work involved in that sales process.

"But it doesn't matter how good that sales process is, if you submit your tender and your presentation and you are talking rubbish. We are really good at making promises and delivering on them - and that is hard work."

For Hardy, a demonstrable focus on customer service is also an important factor, and he cites award wins as being a major help with this.

"We have got no unique thing - we have got lots of things that are really good that we do, but we have got no golden ball we always throw out and gets you a win," he says.

"Awards wins are so key to that, as that is proof that we are really good at delivering customer service."

While Hardy may say that Ogilvie's success isn't down to a unique product offering, looking at the year ahead there is one new launch in the pipeline that he hopes will offer significant new opportunities for the firm.

This is a structured employee car ownership (ECO) scheme, which Hardy says has had a lot of work put into it in order to stand out from others on the market.

"These schemes are extremely complicated and if they are not robust you will never get HMRC clearance," he says. "But being complicated and robust turns people off, as they have been very complicated for customers and drivers, and we have said in the past it is so complicated that we don't think we can do it.

"But we have worked for months and months now on trying to find a way of making it simpler, so it does get revenue approval, but it is not as complicated for customers and drivers, and we think we have found that now.

"We have invested heavily to make it good and simple, and have got our test case ready for submission to HMRC."

Ogilvie is aiming to bring the product to market in the first quarter of this year, although this will depend on timely HMRC approval.

"It certainly will be a product that will open doors for us and be unique, for now at least, because of the way we are wanting it to be a simplified form of an ECO scheme," Hardy adds.

While Ogilvie is hoping its ECO scheme will be a differentiator, one issue the whole fleet and leasing industry is sure to be grappling with in 2020 is the rise in interest in electric vehicles (EVs).

Hardy says first-hand experience from talking to customers tells him how strong the interest is, and he is determined that Ogilvie will be in prime position to meet their requirements.

"Every second phone call we get from customers has for months now been 'talk to me about EVs'," he says.

"At our sales meeting yesterday I said our customers are going to want us to become experts on this.

"We have to have the knowledge on everything to do with EVs. We need client portals and our own knowledge base." 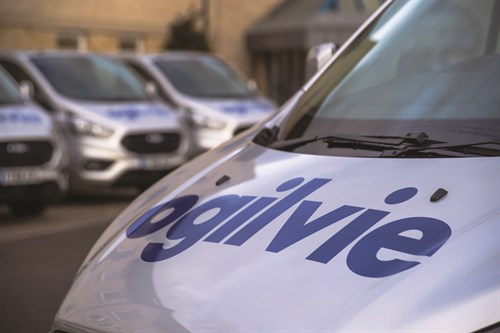 According to Hardy, Ogilvie is already in a good position to deal with fleet electrification, as it has experience of running Teslas on its own company car fleet for many years, and has charging facilities at its offices in Stirling and Sheffield.

He says interest really picked up following the government's announcement of a 0% BIK company car tax rate for EVs from April 2020.

"Tesla is now one of our top ten manufacturers," he says. "One of our sales managers told me that and I said 'Don't be daft, you have got the figures wrong', but he hadn't.

"It is all the last six months and the BIK changes, and it has just gone bonkers, and in a good way, because EVs are coming and this is the future - what we are all going
to be driving."

While Ogilvie is not seeing customers making the decision to switch to pure EV fleets yet, Hardy says a mix between pure EVs and plug-in hybrids (PHEVs) is an approach that is attracting interest.

"Right now it is a brave customer who goes for pure EV only as a fleet policy, and we haven't got one who has done that yet because it is probably a bit too brave for a 25,000-mile company car driver, as the infrastructure isn't quite there right now.

"We have got some customers now saying, 'we are going battery EV and PHEV, and we are going to ditch traditional petrol and diesel', and that has worked quite well because the customer feels they are doing the right thing by environmental policy and drivers love it because of the lower taxation.

"I think in 2020 we will see much more of that and conversations with our customers say that is right up there in terms of what is going to happen."

Some in the industry have raised fears that supply shortages could hamper the spread of EV adoption, but while Hardy acknowledges that Ogilvie has previously seen some supply issues, he is not as worried as some about this prospect.

"I am not entirely convinced it has been any worse than any other sort of built-to-order car," he says.

"We mostly deal with user chooser fleets, so most customers have drivers who want this car in that colour with these extras, so you have got a factory build. It is normally a 12-16 week lead time.

"A year ago we were telling customers you will be lucky to get a Tesla Model 3 in two years, but now you could get it in the same time as a BMW 3 Series from the factory."

Although April's company car tax changes have been responsible for growing interest in EVs, they will also bring the full adoption of WLTP CO2 figures for taxation purposes, with most petrol and diesel drivers likely to see increased bills as a result.

Hardy says this will be another major issue for Ogilvie and the rest of the industry to get to grips with in the year ahead.

"What will come from that I think is the changing shape of company car policy into more tax-efficient vehicles.

"And our desire not to extinguish the company car, because all the time tax is rising and drivers are going to be saying, 'maybe I want the cash, maybe I want a PCH', or do something else."

While Ogilvie is keen to help fight for the company car's future, Hardy does believe that, looking further ahead, a greater role for other forms of mobility will be a trend.

"I don't think it will happen with great gusto this year, but changing mobility preferences are definitely coming through," he says.

"We are not quite at the stage where company car drivers are going to Uber themselves everywhere or get on a train to go everywhere because that infrastructure doesn't exist either, not in any way that is comparable to the car," Hardy continues.

"But we are going to move towards that, and we are seeing customers saying they want to reduce their costs, because that is a never-ending feature of every fleet, and some of that is going to be changing mobility, which I am sure will come through as this year progresses, but probably more in 2021/22."