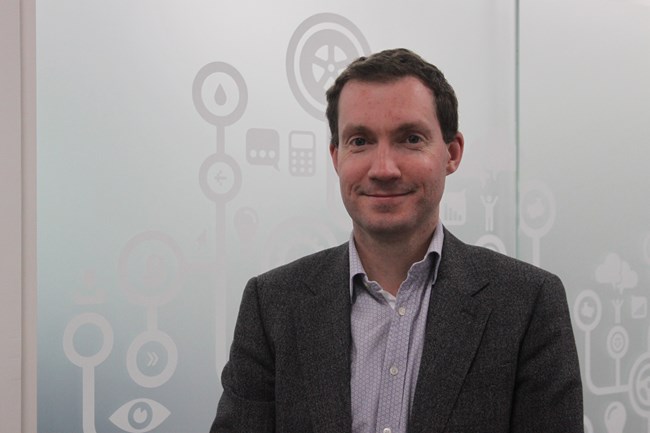 It isn't that long since we last had a chat with Peter McDonald.

In the July 2019 issue of Business Car, he told us how Seat would be maximising new opportunities after a period of growth in the corporate sector.

In November he had his feet under the desk at Nissan's headquarters after many years at Seat and working at Volkswagen Group.

While his former employer had only recently begun growing its electric vehicle (EV) offering, Nissan has one of the most mature and recognisable EV names on the market in the Leaf, now well into its second generation. And EVs are key to Nissan's future growth plans in light of the opportunity presented by zero BIK tax from April.

While there will be improvements in the technology in future, McDonald believes the current products are fit for purpose. "How often do people drive 200 miles and not take a break?" says McDonald.

"If you are doing that kind of journey, then why shouldn't you take a break for half an hour and recharge the car."

The Leaf is capable of covering 238 miles on a single charge, according to the WLTP combined cycle, and McDonald says take-up has been unprecedented. 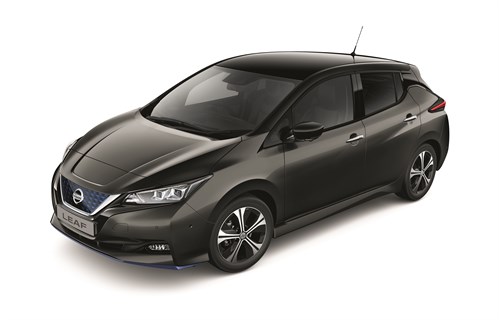 "We have seen, since the start of 2020, a big increase in order take for Leaf in retail and true fleet," says McDonald. "It is probably close to a 50:50 split between retail and fleet, with fleet having caught up with retail.

"The Leaf is quite successful in the retail market, and we now take quite a big share of the true fleet market. True fleet is only going to get hotter with EVs given the changes in April. And for corporates wanting to become carbon neutral and making commitments about carbon neutrality, cutting carbon out of the supply chain might be quite difficult. Cutting it out of your vehicle fleet is now an option with these moves to electric or plug-in hybrids. We see that market only getting stronger."

McDonald says: "We also did some things earlier in the year, reducing the price of the Leaf to make it more accessible. And we have benefited from being very close to our factory. We build the Leaf in Sunderland and we were able to access more supply, believing there was going to be an increase in demand in the UK this year.

"We are working with a lot of partners. We are close to a number of the leasing companies, who are influential in this process of consulting with fleets, and there are a number of major corporates that are all making big commitments around what they are doing with uptake and advocacy on their fleets. We work with a number of them to help do these pilots and tests.

"A lot of the companies we are working with are being really prudent in putting pilot schemes and trials of battery electric vehicles (BEVs) to find advocates on the fleet, and they are really trying to make it work. If people can see it is a success, then it will encourage greater take-up. I am not sure that happened five years ago with plug-in hybrids."

These actions would appear to be paying off just as a number of more accessible electric cars become available, or supplies that were bottlenecked in 2019 become more freely available. McDonald says senior executives entitled to a company car were drawn in by premium models, but there had been more limited choice - in volume available, if not brands - for the greater number of employees who would have had to choose a vehicle of a lower value. He says long lead times could have deterred many drivers at small businesses, or made them look elsewhere.

"SMEs are more like the consumer market when it comes to vehicle replacement," says McDonald. "They aren't always selecting from a choice list for a greener car six months out, and they don't wait six months for a new car.

"Cars like Teslas and the Jaguar I-Pace work really well in director grade. They are very tax advantageous for those people, but further down the fleet - where drivers are more price sensitive because they are getting paid a lower salary, and are more concerned about their take-home pay - those BEVs are less accessible."

I mention the now well-known tale that there were a few cases of defleeted plug-in hybrids with the cable still in the original packaging - a story that has become part of fleet folklore in the last couple of years - and while McDonald was sceptical about how frequent those kind of instances were, he said it would hardly be surprising that the government removed grants from PHEVs.

"If you were the government who had been encouraging take-up with grants and lower taxes, then get to hear that the technology has been misused for purely tax purposes, of course you would take away the incentives," he says.

Although Nissan finished 2019 around 10,000 units lower than in the previous year - part of which could be explained by the old Juke being on run-out, as well as the new car market contracting - it has made a positive start to 2020.

Overall sales are almost 13% up on 2019 for the first two months of this year, and much of that can be put down to fleet demand for its EVs, as well as the new Juke being positively received. 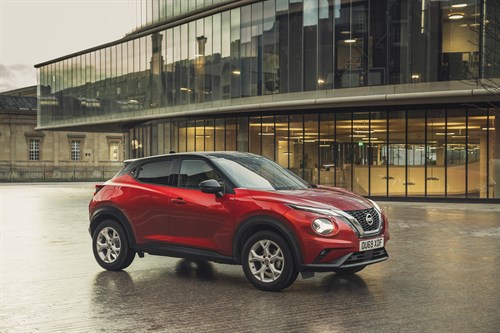 "The Juke has phenomenal brand recognition," says McDonald. "A number of other competitors are now in the segment, and it is a much more mature segment than when the Juke was launched in 2010.

"We have had huge uptake on the back of a number of events we did towards the end of last year and it has been performing well so far.

"Our performance is quite stable. We have a strong SUV range with Juke, Qashqai and X-Trail, as well as the Navara pick-up truck. But we have seen a massive increase in Leaf and e-NV200 sales. The fact that we have a van and a car that are credible in their relative segments is a great 'door-opener' for us with fleets.

"We have a passenger version of e-NV200 with the Evalia, as well as a crew cab version, in addition to the standard van.

"We see that being a strong market as clean air zones come into place and where there are likely to be more stringent controls over ICE vehicles entering major conurbations, into BEVs, particularly as we get closer to October 2021, when only BEVs will escape the congestion charge.

"We really want to grow in true fleet. We really like Motability from the perspective that those cars are typically retained for three years, and it is a good organisation for us to support, but we will stabilise our performance in that channel.

"We would like to grow our true fleet, and we see the prime way of doing that through being a really good partner to major corporates and supporting their sustainability efforts.

"We have got two really strong EVs that are available now. I know some other manufacturers have EVs coming, but so do we. So we are investing in future EV products, but our advantage is we have some available today. The Leaf has up to a 238-mile range, so it is a strong and effective product in the marketplace, and our growth in true fleet will come predominantly through EVs sold into the public sector, mobility fleets and corporate end-user fleets."

He adds that Nissan can also help businesses that haven't adopted EVs yet and need discussions over workplace EV charging, and which drivers would be the easiest to convert.

"I am really excited to be at the brand that has the most experience in selling EVs to fleets in the UK," says McDonald, "And [I am] looking forward to working with the Nissan leadership team, dealer network and supplier base to simplify this complexity and accelerate this change for customers."