Renault has revamped its entire range of small cars in the past eight months. And as we emerge from Covid-19 lockdown, fleet chief Mark Dickens tells Simon Harris he's hopeful things will pick up where they left off. 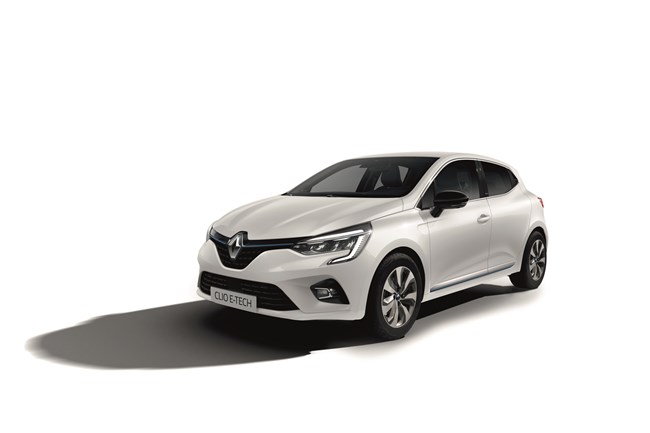 The general vehicle registrations figures released by the Society of Motor Manufacturers and Traders (SMMT) every month can be misleading until you drill down to the data for individual channels for each manufacturer.

Renault's overall sales were lower in 2019 than in 2018, in a market that also fell compared with the previous year. But Renault's performance in the fleet sector was something of a success.

Mark Dickens, head of fleet at Groupe Renault, was keen to point out that corporate sales has bucked the trend.

"Overall sales fell slightly, but total fleet was up 6,000 units, which is an 18% increase," says Dickens.

"Most of the market looks to true fleet (registrations to leasing companies and end user fleets) as a reflection of performance and I've set my stall out.

"I've been maintaining a balanced channel approach, and if you can achieve that then you stay on track with profitability. Our LCV sales were up by 11% in 2019 too."

We were talking to Dickens via conference call in April during the Covid-19 lockdown. Normally, we'd have arranged a visit to Renault's headquarters at Maple Cross, Hertfordshire, as we had done for our interview with Nissan's Peter McDonald two months earlier.

But normal service changed dramatically late in March, when movement was restricted, and all businesses had to adapt quickly to the new regime.

Dickens says: "We've all tried virtual meetings in the past and it kind of works to a certain extent. Some of what we've been able to do since the lockdown began has been refreshing. Even calling people and finding out where they are.

"We prefer face-to-face meetings with video to talking on the phone. We'll still need to meet people - putting a team of sales guys in a cage overnight is an emotional and cultural shock.

"And I've been surprised at how busy it's been. People are often having longer and more meaningful conversations now."

He says the Renault team had begun to prepare for the lockdown a few days ahead of the announcement, and tested the company's capability for a different working environment.

"I'm properly impressed with how the team have got together in the lockdown," says Dickens. "We had a full rehearsal of resilience and resources, and two working days later we were locked down. We operate cloud-based systems, so everyone can work from home with no impact on the day-to-day running of the business.

"We have furloughed some of our staff, but we kept 100% of our customer-facing team working and that's been really important. There are many kinds of medium that can be used for talking to customers but we stipulate that we should use video.

"We use Calendly scheduling software to book appointments with our team. The principle has been we're here to help prepare for the future. Conversations have been less about selling, and more about planning.

"Yes, we've been taking some orders, mainly on vans and EVs. But most of our interactions with customers have been around what we do to keep businesses running.

"We've hosted drop-in sessions on LinkedIn, with our 'EV cafe' becoming a huge thing that we've been doubling the audience of every week. It's a relaxed area where people can come in and chat about EVs. It gives people time to chat and work out what the business needs to do when we go back."

He says the company has also been able to deliver vehicles for key workers and supply to converters, particularly those who make ambulances based on the Renault Master van.

"We had quite a few gaps in supply," says Dickens, "as the fourth-generation Clio was sold out before supply of the new model was available. It's remarkable, actually. We didn't need a clearance strategy for the outgoing model, and the residual value also went up in the final 12 months on sale.

"Likewise with the Zoe, which was sold out before the new model arrived recently. I think if we'd had a full year without new model introductions, we'd have done even better."

Groupe Renault introduced the Dacia brand to the UK in 2013, with a simple line-up of compact cars for customers looking for low-purchase price options.

The business model depends on very low profit margins on each vehicle, with dealers benefiting from higher volume of sales, as well as finance arrangements.

With heavy discounting impossible, it's unlikely to have attracted the interest of big fleet deals. But Dickens said Dacia has slowly gained a presence in the fleet market, particularly in the public sector.

"Dacia is primarily a retail brand," says Dickens. "It has a very easy, uncomplicated business model, but we have seen Dacia grow in our core fleet business.

"We don't do any rental with Dacia. It operates very much on a 'pull' strategy. The biggest attraction of Dacia for fleet operators is the total cost of ownership (TCO).

"As it's a low-cost purchase we're seeing the draw, and it is gaining traction with fleets. But it will never be a typical fleet brand. Most of our fleet business with Dacia is in the public sector and the most popular model is the Duster.

"The TCO combination of genuine 4x4 at an affordable price is the main appeal. We've also done some taxi business with the Logan and driving school business with the Sandero. As more fleets shift from a discount-on-purchase model to TCO, the brand is attracting more attention in the corporate sector."

Although the middle of 2020 has forced everyone to adapt processes and accept most sales would be frozen, Dickens said sales got off to a promising start.

"The new Clio has been well received so far," he says. "We've gained a number of solus driving school fleet deals with it, and it has received eight awards so far. We rolled that car out to our fleet team, giving each one of them a demo model so they could really get to know it.

"With the new Zoe, that we're ready to launch now, we took 1,000 orders before anyone had even seen the new car. We held a driving day for customers at Millbrook in February with left-hand drive versions. Now, with 245 miles of range under WLTP, and affordability, it has stronger appeal than ever.

"While we're still launching the new Captur, 50% of the customer test drives in the first weekend resulted in orders."

Dickens says there will be a clear benefit-in-kind tax advantage with the Clio, whose only hybrid rivals in the small car sector are the latest Toyota Yaris and the forthcoming Honda Jazz.

"The Captur plug-in hybrid will be a slightly different prospect," says Dickens. "It's a halfway house to a full EV, but because it's a plug-in hybrid you don't really need a Wallbox at home and could manage with a three-pin plug [as long as the power supply is approved as suitable for vehicle charging].

"We can also point to our Formula One expertise, and how we can bring hybrid technology from the racetrack to the road."

After a decade of selling modern electric vehicles, Dickens believes the public sector could be a significant opportunity for the expanding range of electrified Renaults.

"Our EV credentials are key," he says. "We've witnessed a near £8,000 rise in residual values for them in two years.

"Like many other brands we have dedicated field teams, but we have huge expertise in EV. We have people within the organisation acting as business consultants, without a sales remit, and we think this is the right approach.

"While our primary focus is always on core fleet, for electric vehicles we also wanted to take the message to SMEs. We were quite traditional in our approach with people going out to visit SMEs. But now our SME managers interact via live chat and video conference. SMEs don't have the time to do a one-hour coffee chat with a sales representative any more and we need to adapt to that."

Clearly, when we see post-lockdown vehicle registrations figures there will be much to analyse to identify the biggest successes. But Renault's lockdown activity in maintaining face-to-face communication with customers, and its brace of new small cars with hybrid and electric options, could make it one to watch.