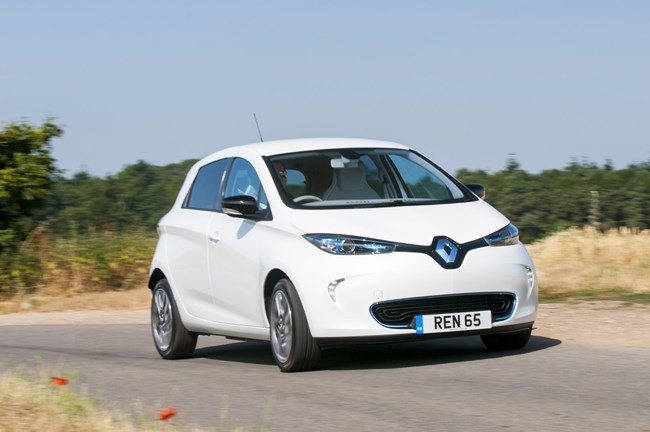 The City of London is first out of 408 areas of the UK for the highest percentage of electric vehicles, with 5.6% of vehicle licensed there being plug-ins says Growthdeck, a private equity investment firm.

The City of London has the UK's greatest density of public charging stations, with 36 charging points per square mile. This is more than much larger areas like Watford (30), Cambridge (28) and Swansea (24). This convenience is likely to have encouraged both the City's residents and businesses to take up electric vehicles.

The Top 10 areas for electric vehicles also includes second-placed Peterborough, where 5.2% of vehicles are now plug-ins, and fifth-placed Slough on 3.3%.

The high percentage of plug-ins in these locations is in part due to them being key UK logistics hubs, where businesses are transitioning to greater use of electric vehicles. The UK-wide average remains low at just 0.5%.

Peterborough is home to large distribution centres for businesses including Tesco, Amazon and Ikea. Slough, meanwhile, located close to Heathrow airport, is a hub for international logistics. Royal Mail has a 1.1 million sq ft worldwide distribution centre in the town, while DHL and Bidvest also have major operations there.

Growthdeck says there has also been a surge in consumer demand for electric vehicles has been driven by reduced 'range anxiety' (fear of running out of charge before reaching a charging point), more vehicle options and increased environmental awareness.

However, growth in charging infrastructure is now key to fuelling more widespread adoption of electric vehicles. With many councils suffering from constrained budgets, the provision of bigger charging 'hubs' by private businesses is becoming ever more important.

Gary Robins, head of business development at Growthdeck, said: "Electric vehicles are now firmly in the mainstream - not just for private users, but for some of the world's biggest businesses."

"The rapid implementation of charging infrastructure for this growing fleet of electric vehicles is becoming more important by the day."

Taxis, minicabs and private vehicles pose a key challenge, as in many cases they will need to charge in public at least once a day. This is a major issue in London where a lack of charging points has led to waits of up to two hours for taxi drivers to even begin to recharge.

EVHub's charging hubs will house between 15 and 30 charging connectors that can recharge a vehicle in half an hour. The firms first two flagship rapid charging sites at the high-demand charging 'blackspots' at King's Cross and Heathrow Airport, after which they plan to expand to 100 sites within five years.

Robins added: "As more and more businesses rely on electric vehicles, a lack of charging capacity will begin to impact the UK's productivity as a whole. Industries such as taxis where money is time, access to charging points becomes even more important."

"EVHub provides a viable solution to the problems the charging capacity gap, which will position the business as major part of the city's electric vehicle infrastructure."