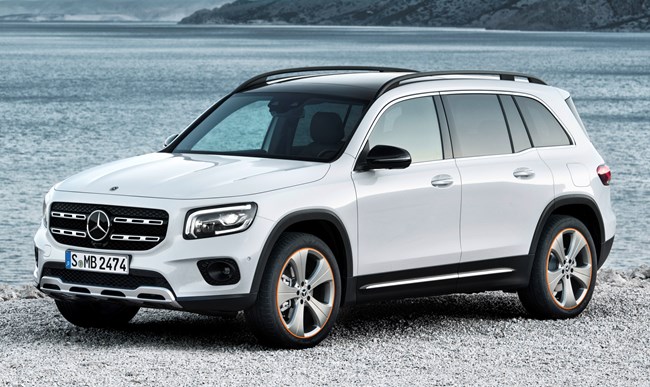 Mercedes-Benz has revealed a brand new model in its SUV line-up.

The GLB, which will sit between the GLA and GLC in the manufacturer's range, will be available with either five or seven seats.

Four engine options have been announced, including two 2.0-litre diesels - producing 150hp and 190hp - which comply with the new Real Driving Emissions 2 test and as such do not incur the 4% diesel company car tax surcharge.

All engines come with eight-speed automatic transmission, except for the smaller petrol which is paired with a seven-speed auto.

Four-wheel drive is optional with the 150hp diesel and standard with the 190hp diesel.

Infotainment is via the MBUX system previously seen on the most recent A-Class and B-Class, featuring 'Hey Mercedes' voice activation.

A range of driver assistance systems will be available, including the ability for the car to slow for upcoming bends or road junctions using sat-nav data.

The GLB is set to arrive in showrooms towards the end of the year. UK prices and specs are yet to be confirmed.