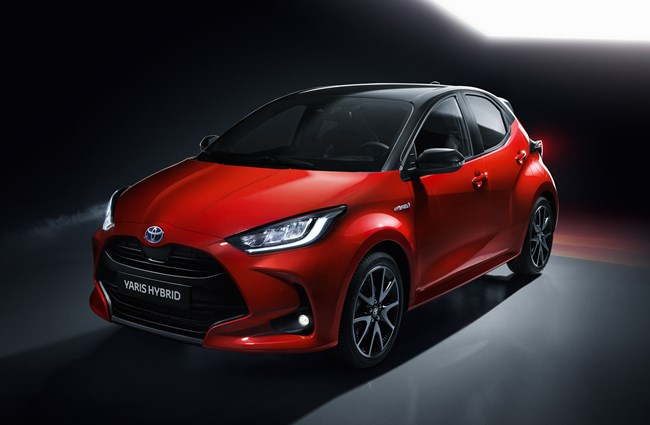 Toyota has unveiled the new, fourth-generation version of its Yaris supermini.

It is the first model to use Toyota's latest generation three-cylinder hybrid powertrain, and also the first to be built on its new GA-B small car platform.

Toyota claims the new powertrain, which pairs a 1.5-litre petrol engine with an electric motor, delivers a 15% increase in power and a more than 20% increase in fuel economy and CO2 emissions compared with the previous-generation hybrid system.

The system also features a new lithium-ion battery, said to give increased output and a 27% weight saving.

In some markets, the new Yaris will also be available with conventional 1.0-litre and 1.5-litre petrol engines, but Toyota is yet to confirm where these will be sold.

Compared with the outgoing model, the new Yaris is 5mm shorter - but with a 50mm longer wheelbase, which Toyota claims makes it manoeuvrable for city driving - with a more spacious interior.

The car's height is 40mm lower, but Toyota says headroom is not compromised as occupants sit lower down, while its width has been increased by 50mm - said to increase space.

Interior technology includes a central touchscreen, a TFT instrument panel display and a 10in colour head-up display, with the latter delivering key information such as sat-nav instructions and speed limits.

The new Yaris is due to arrive in the second half of 2020. UK specs and prices will be announced closer to the on-sale date.