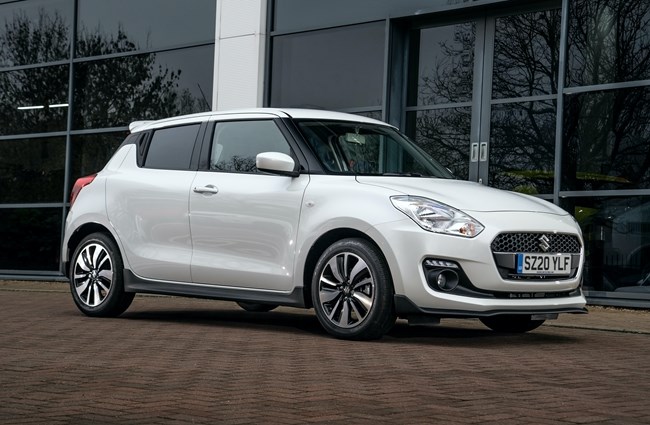 Suzuki has introduced a mild hybrid powertrain to the Attitude special edition version of its Swift supermini.

The Swift Attitude went on sale last year with a regular petrol engine, but now 350 examples are being made available with a 90hp, 1.2-litre petrol engine, paired with a 12V mild hybrid system.

The mild hybrid system cannot power the car by itself, but assists the petrol engine during acceleration, and generates electricity through regenerative braking.

The system reduces CO2 emissions by an average of 11%, Suzuki says.

Official WLTP fuel economy and CO2 emissions figures for the model are 52.7mpg and 121g/km respectively.

The Attitude model is based on the regular SZ-T equipment grade, but with the addition of a mesh front grille with chrome trim, rear upper spoiler and front, side and rear carbon effect skirts.

It is priced at £15,999, and will be available until the end of September or while stocks last.