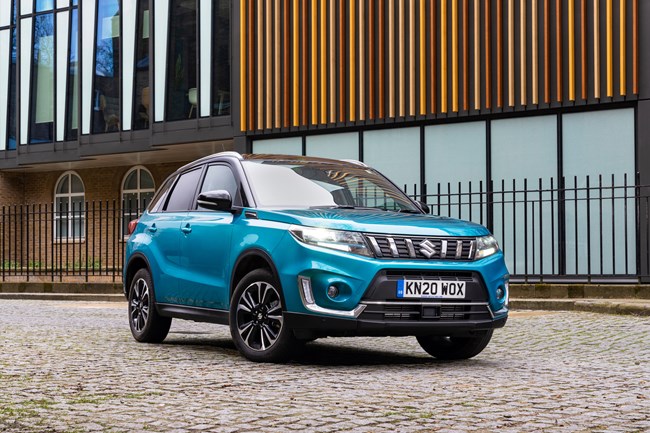 Suzuki has announced pricing and specifications for the Swift Sport and S-Cross hatchbacks and Vitara SUV.

All three get the same powertrain consisting of an updated 1.4-litre turbocharged four cylinder and a 48V mild hybrid system making 129hp and 173lb.ft. That is a 11hp drop and a modest increase in torque of 3lb.ft for the Swift and 11lb.ft for the S-Cross and Vitara.

Both the S-Cross and Vitara are available with either front-wheel drive or all-wheel drive, with the latter suffering from a penalty of just over 4mpg and around 10g/km of CO2. All-wheel drive is a fairly rare option in the segment, however.

One particular feature of the mild hybrid system that helps to reduce fuel consumption is that the electric motor-generator is able to keep the engine at idling speed, thus eliminating fuel consumption when coasting with the clutch disengaged. It can do this at speeds up to 50mph, and when slowing down below 10mph, the engine will shut down automatically.

Across the ranges of the three models, the mild hybrid technology does raise the price somewhat. For the Vitara and S-Cross, the impact isn't disastrous, but it does make the Swift Sport almost as expensive as the faster, sportier and more nicely-appointed Ford Fiesta ST five-door.