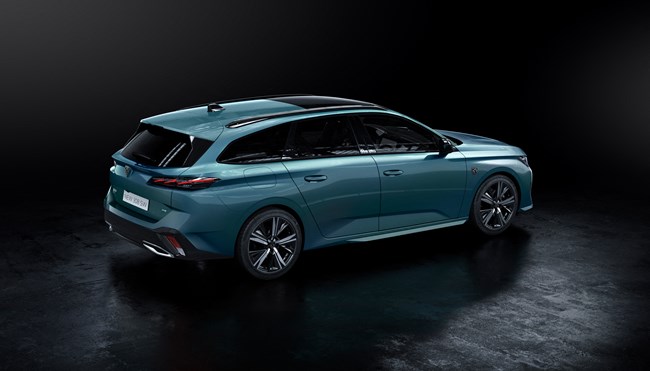 Peugeot has unveiled the SW estate variant of its new 308 lower-medium car.

It features a 608-litre boot, which can be increased to 1,634 litres with the rear seats folded.

Like the previously-revealed hatch, the SW will come with a choice of two plug-in hybrid powertrains - the Hybrid 180, featuring a 150hp petrol engine and an 81kW electric motor, and the Hybrid 225, which pairs the same motor with a 180hp engine. Both come with a 12.4kWh battery, and preliminary electric ranges on the WLTP cycle are 37 miles and 36 miles respectively, while CO2 emissions are said to be from 25g/km and 26g/km.

Other engine options will be a 130hp petrol and a 130hp diesel.

Other features of the new SW shared with the hatch include Peugeot's new i-Connect infotainment system, and the latest iteration of its i-Cockpit steering wheel and digital instrument cluster set-up.

Orders for the new 308 SW will open later this year, with the first deliveries expected early in 2022. Full UK specs and prices are yet to be announced.