Next Honda Civic to be hybrid-only 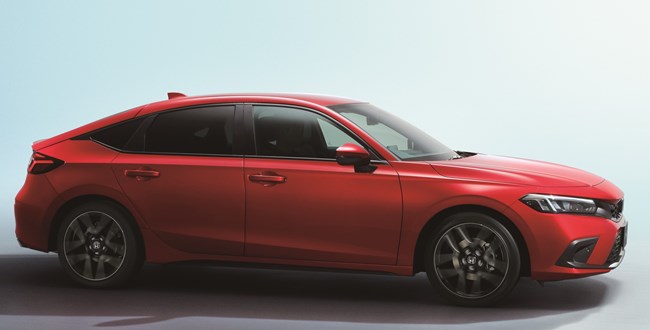 Honda has unveiled the first images of the next generation of its Civic hatchback, which it says will only be available with hybrid powertrains.

The lower-medium Civic will follow models such as the Jazz supermini and CR-V SUV in Honda's range in going hybrid-only.

Honda says the announcement fits in with its goal of its European mainstream models having electrified powertrains by the end of 2022.

The new model will be the 11th generation of the Civic, a nameplate which was originally introduced in 1972, with more than 27 million sold worldwide since then.

The new Civic will arrive in Europe in Autumn next year. Specs and prices are yet to be announced.