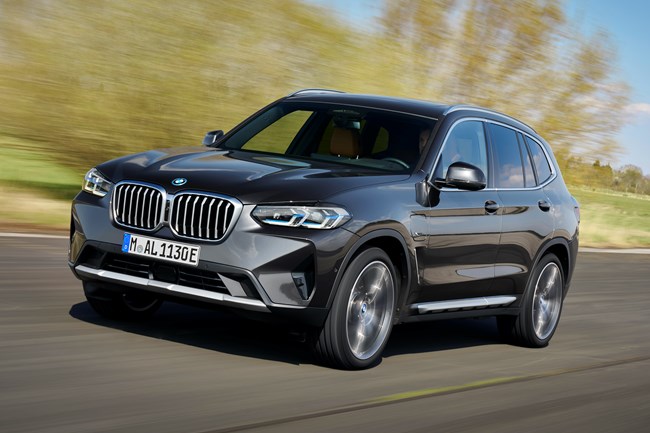 BMW has unveiled facelifted versions of its X3 and X4 SUVs.

Among the changes for the closely-related models are the addition of 48V mild hybrid technology to all the petrol and diesel engine options in the ranges, allowing energy recuperation while braking and a power boost when accelerating.

The system is available with a choice of diesel engines producing 190hp, 286hp, and 340hp, and petrols producing 184hp (X3 only) and 360hp, while the X3 is also available as a 252hp plug-in hybrid, capable of an electric driving range of up to 31 miles on the WLTP cycle. All-wheel drive and eight-speed automatic transmission are both standard.

Exterior styling changes to both models include a larger front grille and flatter headlights, while revised interiors feature a 12.3in infotainment touchscreen as standard, with new-generation sat-nav mapping, along with three-zone automatic air conditioning, and 40/20/40 split folding rear seats with adjustable backrests.

The updated X3 and X4 are available to order now, with prices starting at £43,370 for the X3 and £49,010 for the X4. The first UK customer deliveries are expected in September.