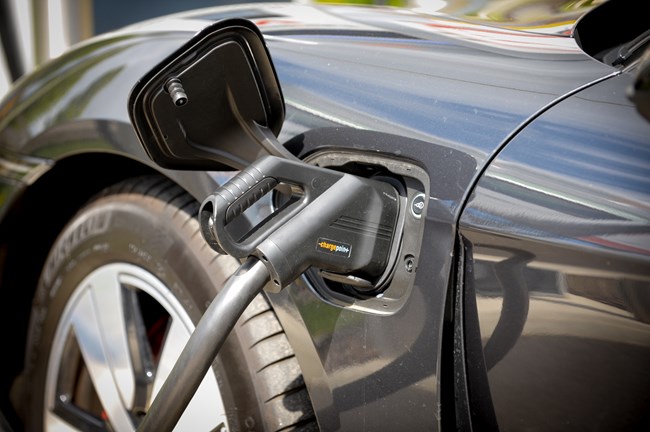 Most SME fleet managers are now keener to adopt EVs than they were a year ago, according to the AA.

The finding emerged as part of the motoring organisation's research for its newly-published report 'New Horizons: Technology, customer service and the evolving automotive landscape'.

Research for the report was based on a survey of SME fleet managers, along with surveys of MPs and vehicle manufacturers.

It found that 84% of SME fleet managers were now more likely to consider adding EVs to their fleet than they had been 12 months ago, with only 3% saying it was less likely.

The survey also found that four out of five managers would prefer their fleet to be majority-EV, with 72% also saying EVs would be preferred by their drivers.

While only 23% of managers surveyed currently have EVs on their fleet, that is expected to rise to 50% within five years.

Speaking on a webinar held to mark the publication of the report, AA president Edmund King said: "There is still a long way to go on the road to 2030, but it is positive that already a large number of SME fleet managers are looking to invest in EVs for the future."

Other findings from fleet managers in the report include that 74% agreed EVs would hold their resale values for longer than petrol or diesel vehicles, and that 71% agreed they would be able to go longer before their first service.

The report's research with vehicle manufacturers also backed up the view that electrification was more advanced among fleets than among private motorists.

Factors in this named by the report include the low BIK company car tax rate for EVs, commitments made by large private companies and public sector organisations to reduce their emissions, and the greater mileage covered by fleet vehicles helping to make the whole-life costs of EVs more attractive compared with petrol or diesel cars.

Discussing this, King said: "OEMs confirmed our insight that fleet as we know is adopting far faster than the private market, and obviously that is incredibly important because private customers then get their cars, used, a couple of years down the line, so the fleet adaptation is absolutely crucial."

King said that the AA's research had found the end-to-end experience for both EV drivers and fleet managers needed to be improved.

He said: "Part of that is actually helping to educate drivers and fleet managers about some of the benefits of EVs and there's more that can be done.

"For example, in vehicle handovers. EVs are very different to combustion engine vehicles, and we know that most people don't read the handbook, so those handovers are absolutely vital.

"And also, individuals do need more support around the charging network to understand how it works, what apps and cards you need - that is all very, very important."

Among the report's other recommendations was that it should be easy to access customer services such as chargepoint management and EV roadside repairs. On the latter subject, King said he expected the AA's own role in this to continue.

He said: "Originally a number of people said 'When we've all got EVs, they'll be far more reliable, there are far fewer moving parts, we won't need the AA'. Actually, the opposite is proving to be true.

"When we've looked at our breakdown figures from EVs, we find that the top 30% of breakdowns for EVs and ICE vehicles are almost exactly the same. It's 12V batteries number one, and then tyres, so those are still the biggest issues no matter how your vehicle is propelled."

When asked about the biggest challenges with electrification, she said: "Charging times and infrastructure are probably our biggest challenge from an expansion point of view. Because it's no longer about the range of the vehicles, which was an issue in the early days, and it is more about having the opportunity to charge rapidly and constantly outside of the home environment.

"And I guess our second challenge is the price point. We have still got a price point issue between ICE and EV, so hopefully that gap will continue to close as we go further forward, EVs become ever more popular and volumes increase."

Mallinson also suggested that the AA report's call for more detailed vehicle handovers would not be straightforward, due to reluctance from drivers to engage.

She said: "A lot of customers just want to get in their new car and go, [they think] 'We don't need some kind of young upstart salesman telling you how to drive a car', so it's that balance between how we get customers to the level of understanding that they need, but without them feeling like we are wasting their time.

"We've done it with off-road experience days and things like that, so they're having a bit of an adventure and also using it as a learning thing, but it's [a problem] that historically has been there forever - it's a difficult one."

During the discussion, King also revealed that electrification was having to be a slower process than the AA might like for its own AA Driving School fleet, due to drivers' continued desire to be licenced for cars with manual gearboxes.

"It's a kind of rite of passage still, and they say 'If I hired a car in Spain it might be a manual car'. So, we haven't gone full EV yet, we've got some hybrid vehicles, but it's certainly something we are looking at."

As well as electrification, the report also looked at the future of customer service and innovation, and the evolving SMR market.

It found that 83% of SME fleet managers wanted the same flexibility and agility from SMR services that would be expected by individual consumers, while both businesses and drivers saw customer service as a top priority.

AA director of business services Gavin Franks said: "The importance of customer service and how this is shaped has come through strongly. As we move forward it's understandable that drivers and businesses will want a more agile service from across the automotive industry."